Most of the time Twitch streamers are streaming live. That’s after all what makes Twitch so exciting to watch. However, there may be times when you the streamer want to add a bit of a delay to your stream. That is where stream delay comes into play.

What is Stream Delay on Twitch?

In basic gaming terms, we call it lag when things are not caught up in real-time. And stream delay is a bit like lag, without the visual issues that lag shows when gaming.

How to setup Stream Delay on Twitch?

There is no way to set up the stream delay on Twitch unless the streamer account has a Partnership status. Keep in mind that there will be a natural delay of 5-30 seconds already on the stream based on the devices the viewer and streamer are using as well as the connectivity.

If you don’t have Partnership status, never fear, there are still options to increase your stream delay.

Stream delay can luckily also be adjusted in streaming software like OBS itself, rather than trying to do it on the Twitch creator dashboard.

How To Setup Stream Delay On OBS

OBS is one of the most popular streaming software choices. Due to being open-source, the software is free to use. And luckily, it includes the ability to increase stream delay, so you don’t have to worry if you don’t have a Partnered account with Twitch just yet.

Here’s a step by step instruction of how to set up the stream delay on OBS. 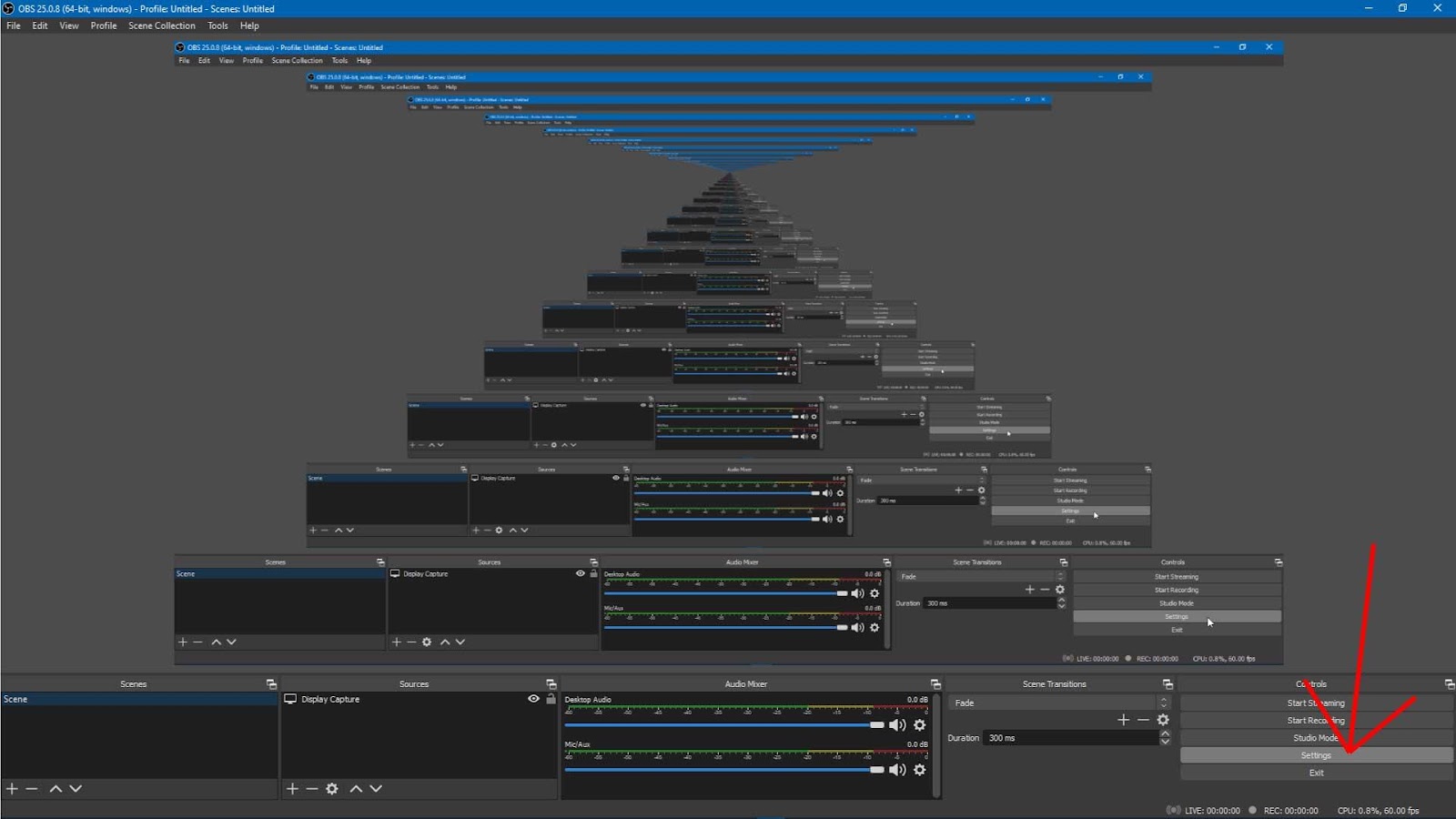 And that’s it for setting up the stream delay in OBS. As you can see, the setting’s completion is only four easy steps, with little to no difficulty.

How To Setup Stream Delay On XSplit

For this tutorial, we used XSplit Broadcaster. We tried the new XSplit Gamecaster beta software but unfortunately, it does not appear to have any stream delay settings and relies on channels using Twitch’s ability (but remember you must have Partnered account status in order to use Twitch’s stream delay feature).

XSplit is a slightly more packaged and commercial-like version of OBS. Unfortunately, this means that the setting for stream delay is only found on the purchased version.

XSplit offered the premium version for five dollars per month subscription-based, at the time of writing this article and this DOES have a stream delay feature.

It seems like a high price to pay compared to free OBS, but some people prefer the XSplit software packages for its differences with OBS.

For those that do prefer XSplit over OBS, it is quite simple to navigate to the stream delay settings in XSplit.

And this last step is where they ‘get you’. If you try to save the stream delay settings, a window opens up, suggesting you upgrade to use the setting.

As you can see from the below screenshot, the stream delay feature is only for paid accounts. So, if you like using free software, we recommend using OBS.

If you haven’t noticed yet, most live streams on Twitch will have an automatic delay between five and thirty seconds. Several variables affect this naturally occurring delay.

As one may have noticed, this list sets up in a mirror pattern. It was done so on purpose to show the sequence of events that occurs to determine the stream delay.

First, the streamer uses a device, be it a PC, Mac, Tablet, Smartphone, or another tool to broadcast the stream. The equipment used will have its specifications, which is a factor in the quality and delay of a stream.

Next, we have the connection speed of the device doing the streaming. If it is a wired or wireless connection or how good the individual locations upload rate is, are both variables at this point in the stream.

Finally, on the streamer side of the process, we have the streamer’s location and their proximity to one of the servers Twitch uses. The closer to a server, the less distance the signal must travel, and thus the faster the message goes from streamer to Twitch servers.

Now, this process’s mirror side begins with the viewer’s location and their proximity to a Twitch server.

As you can see, there are so many variables that are at play that trying to determine the stream delay can be a horrendously tricky process.

Why do streamers use stream delay on Twitch?

When a gamer first hears about stream delay, they think why on Earth would anyone WANT to have stream delay? However, if you’re a streamer who has ever had a party crasher ruin your stream, then you know precisely why there are times when a stream delay is necessary.

Streamers often use a stream delay to prevent these party crashers or “stream snipers” from consistently loading into their games and pestering them while they play. Stream delays are especially common when streamers are playing in tournaments where money is on the line.

Unfortunately, when a streamer gets some proper attention, there will always be those ‘bad apples’ who have to try to get in on the action and even wreck a streamer’s hard work. Let us use an example.

Let us hypothesize that a streamer named Larry has worked very hard at building up his channel in the MMO genre. And the open-world game he plays has thousands of people playing from around the world at any given moment.

So Larry sets up a big streaming event, maybe even donating proceeds to charity. He spends weeks hyping it up, drawing lots of attention to this MMO raid he is organizing for a significant live stream.

And the day of the event, everything is going great, Larry has a big turn-out for the live event and takes his select group of loyal subscribers into the depths of wherever to fight the big boss. And suddenly, another group pops out of nowhere and pulls everything wiping out the entire group on the live stream. Laaaammmmeeeee!!!

How did the lousy group know where Larry and his group were? Because with no stream delay, the assailants could simply follow along and plot their attack watching the live stream.

It seems petty, but it happens all the time to streamers who start to get some attention. And it can be a huge problem when trying to do live stream in open-world MMOs. So, how does one get started with stream delay?

How To Lower Stream Delay

Okay, so we’ve talked all about how to increase stream delay settings. It might be for a special event or some MMO streaming where one wants to avoid others’ attention.

But, for the rest of the time, when live-in-the-moment streaming is preferred, we want to eliminate stream delay as much as possible.

As mentioned earlier, there will always be a small amount of delay between 5 and 30 seconds between the time you broadcast and the time a viewer can watch on their screen. However, you can do a few things to reduce the stream delay.

Twitch has a feature built right into its system called Low Latency Mode. Due to overwhelming success with the feature, Twitch typically has low latency mode set on by default. This mode helps reduce stream delay issues and thus improves performance.

There may be circumstances where either you need to troubleshoot this setting, or even turn the setting off.

To access Twitch’s setting, just click on the hamburger (three lines – settings), open Preferences (drop-down menu), and then select the channel. Next, navigate to the Stream Key and Preferences section. It is located at the top of the page. And here is where you will be able to choose between low latency and normal latency.

As always, if you have any questions or just want to hang with me, stop by my Twitch channel here and say what’s up!

I hope this article helped you to have a better understanding of what stream delay is.

I like gaming, streaming and watching other people stream. I created this website to help streamers and viewers of streams answer some of the questions they may have regarding live streaming. I am a Twitch affiliate and currently stream on Twitch 3 days a week. I hope you find my content helpful. Feel free to stop by one of my streams to say hi.